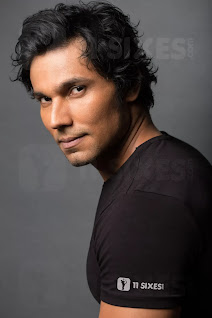 India’s fast-growing fantasy game app ‘11Sixes’ has not only become popular among youths but has also made a record by beating other fantasy apps in a short time. According to cricket experts, 11Sixes has acquired a place in the hearts of fantasy app lovers in a very short time. On the other hand, according to Fantasy app users, this app has left behind many fantasy apps like Dream XI, My Team XI, and My XI Circle. This is why Bollywood versatile actor and fitness icon Randeep Hooda has joined ‘11Sixes’ as Brand Ambassador.

11Sixes changed the way of fantasy gaming in India:

With attractive offers and exciting prizes, 11Sixes users are winning real cash prizes every day, if you are using 11Sixes for the first time, then you also have a golden chance to win a cash prize. Impressed by the outstanding success of 11Sixes, Randeep Hooda has joined hands with ‘11sixes’. Randeep Hooda has also described the ‘11Sixes’ Fantasy Gaming App as a better alternative to other fantasy apps.

The special thing about this fantasy gaming company, which has been established as a result of the unique ideation of Yogendra Singh Shekhawat and Tarun Singh Shekhawat, is under the supervision of a team of energetic youth.

Bollywood star Randeep Hooda was also impressed by the success of India’s fast-growing fantasy app ‘11Sixes’, which is why he himself was excited to join 11Sixes as Brand Ambassador. At the same time, Randeep has described 11Sixes as much better and user friendly than other fantasy apps.

Let us tell you that apart from being an actor, Randeep is also a professional cavalry, he often participates in games like polo. Not only this, but Randeep has also won many medals in equestrian sports. His achievement suggests that his activeness is not just limited to films, but he has also performed well in many sports. In such a situation, he said that joining 11Sixes is a great opportunity for him. 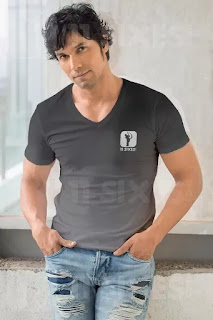 11Sixes has proved to be quite reliable for gaming lovers:
Advertisement

According to Randeep, 11Sixes has become the first choice of youths, when the fun in fantasy gaming increases further, it will become more beneficial and entertaining for the users.

In the online gaming world, 11Sixes has proved to be quite reliable for gaming lovers, which is not seen in other fantasy apps. Let us tell you that 11Sixes is a desktop and mobile online gaming platform. Playing on this platform is enticing sports lovers. This is why 11Sixes is emerging as a great platform for users with unlimited game possibilities.

11Sixes is meeting the aspirations of the younger generation. At the same time in this IPL 2020, it is effectively becoming the first choice for cricket lovers. Especially 11Sixes offers the opportunity to play fantasy cricket in national and international matches like Test cricket, ODI, T20, and T10

11Sixes is an online gaming platform where users select a fantasy team of 11 real players from two competing teams. The knowledge of the users makes this game even more thrilling. In such a situation, Randeep Hooda’s association with startups like 11Sixes is going to be great fun. Right now 11Sixes is supporting and promoting cricket and football enthusiasts in the country, soon it will include other sports too. ‘11Sixes’ is owned by parent company Radialrust Technologies and Media Services Pvt. Ltd.
READ ALSO | Neha Kakkar will be married soon, this singer will be a groom!
READ ALSO | Khaali Peeli Trailer Release: Ishaan and Ananya’s pair are getting such reactions
READ ALSO | Serious Man Movie Review: Sudhir Mishra’s satire has lost its target, Seriously….a lot says Nawazuddin Siddiqui’s ‘Serious Man’
Get the latest updates from the Indian film Industry (Bollywood), Hollywood, Box Office Collections, Film Reviews, Celeb gossips, and much more only on The Cinema Blogs.

Khaali Peeli Trailer Release: Ishaan and Ananya’s pair are getting such reactions

Bollywood star Randeep Hooda did an ad shoot for Fantasy Gaming App ’11 Sixes’ in the city.

Bollywood actor Randeep Hooda shot an ad for Jaipur’s sports-based fantasy sports app ‘11 Sixes‘ at a private resort in Kukas on Thursday in the capital Jaipur. Randeep said that I myself involved in polo, swimming, and many other activities, so it feels good to join this sports based app. On coming to Jaipur, Randeep said that this city is one of my favorite cities, I like to come here every time and I will come here again and again whenever I get opportunities.

Written by: Ronit Raj | Jaipur
The founder of the ‘11 Sixes‘ App, Yogendra Singh Shekhawat, and Tarun Singh Shekhawat said that it is a sports-based fantasy gaming startup. You can enjoy online cricket gaming by the virtual team in this app. In this app, you can play national and international games of T20, Test Cricket, One Day Format, through which you can also win real cash prizes every day.
Advertisement

He further explained that in a very short time this app has emerged as the first choice of youth. Randeep’s personality relates to sports and fitness, so we have chosen Randeep Hooda as the brand ambassador of this app. Radial Rust Technologies and Media Services is the creator of this app.
READ ALSO | Celebrity: Manoj Bajpayee was once rejected by the National School Of Drama, today he is a Bollywood’s veteran actor
READ ALSO | City Models explore the upcoming wedding and festive season looks via theme-based photoshoot under the direction of Jaipur famous makeup artist Jassi Chhabra
READ ALSO | Yash Agrawal starrer latest cover song Taaron Ka Shahar getting a positive response and terrific support
Get the latest updates from the Indian film Industry (Bollywood), Hollywood, Box Office Collections, Film Reviews, Celeb gossips, and much more only on The Cinema Blogs.

Bigg Boss 15: Neha Marda is not a part of the show, said – this year I am not doing the show

Actor Kartik Aryan is shooting for his upcoming film ‘Freddy‘ these days. Apart from ‘Freddy’, Kartik Aaryan will also be...

Actress Jacqueline Fernandez on Saturday skipped questioning after being summoned by the Enforcement Directorate (ED) in a money laundering case...

Special conversation: On return, Genelia D’Souza said – If everything goes well, I will start shooting for a film by the end of next year

Actress Genelia D’Souza Deshmukh is away from the screen today due to family busyness. But even today he has millions...

Actor Revealed: Sunil Shetty said – People say that I use the media, but the truth is this; they kept me alive

Actor Sunil Shetty’s career graph in Bollywood has been very ups and downs. But, he always managed to make a...